Advertising has been part of our daily lives for more than a century. Creative advertising agencies surround us with all kinds of commercial messages and have been doing so for decades, in the hope of persuading us to buy different products and services. Within such a competitive industry, creative advertising has been pivotal when it comes to creating striking campaigns and making a huge impact on target audiences.

The curious thing about publicity is that it’s the same as cinema, theatre and other arts: it has always been linked to and is in line with society’s current issues. It is a reflection of the worries and hopes of contemporaries, adapting messages through the use of language and following the rhythm of modern day life.

This close link goes further than simply the messages used and writing styles, but is also reflected in the channels used, where the target is more active at that time.

On the other hand, advertising has always used all kinds of formats to transmit creative messages, from the graphic design of printed posters to audiovisual production, through the most innovative technologies such as virtual reality, and even spontaneous actions staged in the middle of the street, such as ‘flash mobs’, always seeking to draw the attention of the target audience. Advertising adapts and even anticipates technological innovations.

We can see all of these different aspects together when we look at the evolution of advertising:

The first advertising graphics were the reflection of a conservative society, with a cheerful and hopeful (perhaps naive) vision of the future. Publicity was based on hand painted sign that did not have hugely creative slogans and were much more descriptive and imperative. Over time, the ads gained in originality and creativity when transmitting messages through images. In this sense, audiovisual ads was gaining increasing popularity, due to the appearance of television. 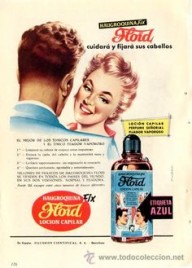 In the 1990s, the women’s liberation movements, giving them a predominant role in society, encouraged ads that turned traditional roles on their head, portraying a hard-working, sophisticated, independent woman and presenting men as objects of desire for the first time. This social upheaval was reflected through publicity, just like in this well-known Coca-Cola advertisement. 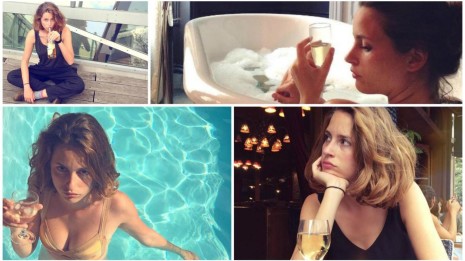 The latest trend is to use social networks as a distribution channel for advertising messages, above all Instagram, the reigning queen of social media, due to its immediate and visual nature, its perfect adaptation to mobile devices and the huge and growing number of young users (Millennials). It is in this context that the French advertising agency, BETC, recently carried out an awareness campaign on alcoholism, based on the false profile of a girl (model Louise Delage) who apparently leads an idyllic and aspirational life for any young person present on Instagram. The dark reality surrounding the profile, which went unnoticed to all its followers (50K in only two months), is that in all of the protagonist’s exotic photos, alcohol is always present. Advertising, therefore, continues to be a reflection of the problems faced by society.

Online marketing, content marketing, viral videos, etc. Although advertising creativity is mutating and adopting many names, in essence it remains the same: an original way of reaching a specific audience, but adapting it to the customs of the time. This inevitably leads to campaigns which reflect the beating heat of society, so consumers cannot help but identify with them.

Social Media: LinkedIn and Facebook are Not the Same Thing