– Have you seen the latest episode of “Game of Thrones? – What about “Nike’s” latest campaign? –

In recent years, advertisers are positioning themselves as creators and emitters of content which are sometimes equally or even more popular to viewers/consumers than popular series. But this is not a recent phenomenon; brands have been playing with inventiveness ever since excessive competition started to force them to stand out in order to sell more. In this context, good ideas are what make the difference: those that have little or nothing to do with budgets, but rather with creativity and a good storytelling.

Branded Contentrefers to campaigns that create value, in other words, those that help generate brand awareness and affinity. It’s generally video content (although it can be in as many formats as the imagination allows) inspired by the values of the brand. In short, Branded Content is all the complementary content that revolves around the brand and brings added value. It is advertising disguised as a good story, a brand that offers interesting content for its audiences.

Now, more than ever, the advertiser has to approach the consumer and offer them something attractive. Unidirectional advertising is over, now the consumer is looking for good stories, something surprising and attractive, and if brands give it, consumers buy it.

As we mentioned at the beginning of the post, Branded Content is not a recent discovery, nor is it exclusively for advertising campaigns of major brands. It has been implemented for more than a century. Some famous examples of yesteryear’s campaigns, as well as some more recent ones, are as follows: 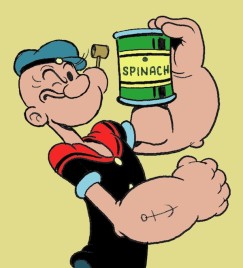 Videos, storytelling and the “viral” effect

Videos are where we find the greater number of current Branded Content examples. The best tend to stand out for their original way of conveying a message: it could be through a good story that makes us excited or something that makes us laugh. These videos have been favoured by the viral effect of the Internet, allowing them to be shared thousands of times on social networks. And that is exactly what you should be pursuing: when users like, share and link naturally.

Here’s a few examples of the most famous videos:

All these are examples of brands and adverts trying to go a step further and offer something new to their audiences with the aim of increasing their sales. Above all, they attempt to establish loyalty and position themselves as a brand of reference among consumers. They know that they can achieve this through stories and playing on emotions, taking advantage of the viral effect offered by the Internet.

Advertising Creativity: the Order of the Day

Social Media: LinkedIn and Facebook are Not the Same Thing