No, ladies and gentlemen. Social networks aren’t just for modern people. They are not news and they’ve been around for more than 20 years.

Do you remember mIRC chat? Basically it was a platform that allowed you to chat with people that were of interest to you, based on age, location and hobbies. You joined, for example, the #Barcelona group (yes, hashtags were used even then) and there you could reach out to hundreds of people. Of all the people there, there was always one whose name started with a @. They were the most important in the group; they managed the room and had the authority to kick you out.

That was two decades ago. In the ensuing 20 years we’ve seen social networks live and die before our very eyes. Some promised much and looked like they’d be a success but ultimately didn’t last long.

Surely you can relate to one of these situations:

1.- MySpace: Only a few clever clogs ever worked out how this social network actually worked. The rest created a profile and spent the rest of their time deleting emails of possible contacts they never actually got in touch with.

2.- Messenger: you loved that ‘new message’ noise and you would compete with your friends to see who had the most original ‘nickname.’ Here’s an example:

3.- Tuenti. In Spain there were two types of people: those that used Tuenti and those that didn’t. This social network was only accessible through an invitation and it was the social network of choice before Facebook appeared on the scene. Maybe this was the reason why the company decided to focus on mobile communications instead.

4.-Fotolog: Pouting, the peace sign and so many other poses were born with Fotolog, the first social network dedicated to gossip. Selfies still didn’t exist when we had a Fotolog account. If you wanted to have your own page you needed a friend – a real one – with a camera. 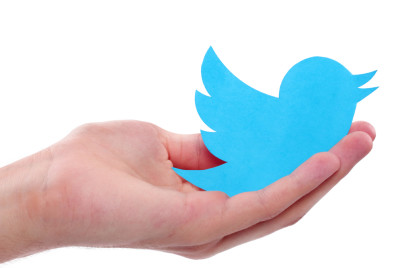 And then, suddenly, Twitter appeared. We know it’s not a vintage social network but it’s worth mentioning for being a ‘two-step’ network. Kind of.

… and then, a few months later…

2.- You’d log in and suddenly, as if by magic, you were an expert… and you were hooked.

Even though we tend to believe that social networks such as Twitter are something from the present day, it’s not necessarily the case. Social networks were already on the scene a couple of decades ago. Those that succeeded were, as always, those that managed to adapt to users.

At Influencia.online we adapt to the times, as have the most successful social networks. Our main goal is to offer our clients the best possible Social Media Marketing service in order to provide them with the success they deserve, no matter the social network.

We don’t leave any social network behind; we are aware of the most influential profiles on each. In reality, they already existed when mIRC was starting out. They were people who, due to their character and way of telling stories, would always be the most popular on chats. Today we call them influencers. Their natural habitat is social media and brands fight to get them on their side to mention their products whenever possible.

The impossible vocabulary of Online Marketing